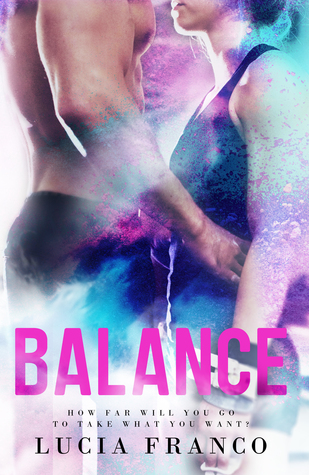 “I am the moth, you are the flame. It is an irresistible attraction that will end in total destruction.”

My oh my. Even with all the reviews that said how steamy this book was, I wasn’t anticipating the intensity in which these two pursued each other, and the level of intimacy the author was able to create between two characters very different in age.
I typically root for love when I’m reading a fictional story, so things like big age gaps and under-age sex don’t bother me. If these two things are an issue for you I’d skip this one and read another book. Adrianna is the gymnast, Kova is the coach. Some attractions are undeniable, some things are inevitable, that’s the way I see it.
“Attraction is the root of all evil, not money like some say. It can be everything you have ever imagined and destroy everything at the same time.”
The build up between Kova and Adrianna is nice and slow, (I’m really not feeling instant attraction right now), maybe even a little too drawn out in the beginning for me. (once they started becoming noticeably attracted to each other I couldn’t put it down.) The author does a great job drawing you into the world of gymnastics and giving you a behind I was introduced to this author about a year ago, in an author take over event in Tarryn Fisher’s group. I’m not a big poetry fan and I don’t spend time reading it very much, but I do love Jen’s poems. She writes about what hurts and it is all to easy for me to relate to.
“There is a certain hope that tattoos your soul when you meet someone new. Someone promising.”
I’ve read almost all her poetry, but this is her first novel that I’ve read; she has others. Others that I will likely read, because her words can slay a person if read at the right time, maim you if it’s not. This is the second novel by a poet that ive read in as many months, and there is something about the raw emotion that their words evoke. You can feel it and taste it, you can roll it between your fingers. It is intense and at times brutal in it’s honesty and emotion.
“….that heart of his was still long gone. Lost to me. I wondered then if I would ever get it back. I had no idea I would pummel it into the ground. I would later want to give anything to have the days when he loved me less back. When I was the one yearning. It was easier to manage. I could handle all of my sad wanting. It was his sadness that was too hard to bear.”
The story narration jumps between an airport conversation, journal entries, and then from both Gwen and Connor’s perspectives, the two main characters. It seems a little scattered at first but once you see the rhythm it will take you. The airport talks helped bridge the other scenes, and soon her colorful writing swept me away. Gwen was hard to like and easy to relate to, something that I wondered at from time to time, that’s a weird thing to feel. I think I saw a little too much of my young self in her flawed ways and outrageous behavior. She drank to much and hurt too deeply, much to deep for anyone else to comprehend. And she listened, really listened when people talked. I love that.
“Talking means you aren’t listening. Talking means revealing and I like to let others do that. I like to catch their secrets in my palm.”
I loved reading and highlighting as I went along, only to go back and reread the highlights at the end of the chapter. I think it takes a lot of guts to write a true story that is filled with so many hurts, and I thought of Jen the whole time I was reading this. I cried some and was very moved. the scenes look of what you may not see from just watching the Olympics.
The second half is a LOT of sex, but in this case I absolutely believed it was a good thing. Kova is hot and the sex is even hotter. Goodness I had to stop and use my kindle to fan myself a few times. There was so much tension between these two! I have no idea what she has planned for book two, but I can’t wait to read it! Warning, for people who hate that sort of thing, it ends in a cliffy, but the next one is due out this month, so now is the time!
I love these stories, the ones that make you cheer for the relationship you shouldn’t cheer for. Where you find yourself liking the characters that you should hate. Maybe question your sense of what is right and what is wrong. I’ll admit, the topic does seem a little cringy considering the news this year, I can see this being a touchy subject for some.